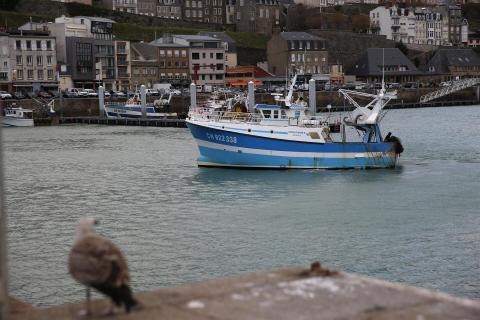 Britain and France on Nov. 4 failed to resolve a row on fishing rights that has threatened to turn into a post-Brexit trade war but vowed to press on with efforts to find a solution through dialogue.

The fishing dispute has added to a litany of bilateral problems between the Channel neighbors in the wake of Brexit that has plunged relations to a level of rancour rarely seen in recent years.

"They discussed the range of difficulties arising from the application of the agreements between the U.K. and the EU. Both sides set out their positions and concerns," a U.K. government spokesperson said.

Beaune, a close ally of President Emmanuel Macron, said after the talks there were still "significant differences" between the two sides and still did not rule out the threat of trade sanction wielded by France last week.

Frost will now travel on to Brussels for talks with European Commission Vice President Maros Sefcovic on Friday, the U.K. spokesperson added.

While British Prime Minister Boris Johnson on Tuesday made it clear that London's position had not changed there are signs both sides favor diplomacy to avoid the situation worsening.

France has threatened to ban British boats from unloading their catches at French ports and to subject all British imports to inspections.

Officials have also raised the prospect of decreasing power supplies to the Channel Islands...