WHO: Bulgaria Ranks Third in the World in COVID-19 Mortality per 100,000 Population 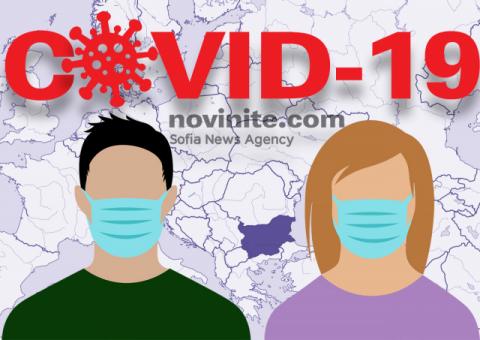 Bulgaria remains third in the world in the number of deaths per 100,000 population, according to data from the World Health Organization on the spread of the coronavirus in the week of October 30 - November 5.

Bosnia and Herzegovina is in second place, followed by Peru.

Europe remains the only region where the coronavirus continues to gain territory, according to the WHO. The number of new cases rose 6% on Wednesday, up from 18% last week.

The number of hospitalized on the Old Continent has more than doubled in one week.

In Europe, the incidence is 192 per 100,000 population. Here, the largest increase in the number of new cases is noted by Great Britain, Russia, Romania and Turkey.

The WHO described the rate of coronavirus spread in Europe as "highly worrying" and warned that it could lead to another half a million deaths on the continent by the end of February. In all regions except Europe, the number of new cases has decreased or remained at the same level.

WHO data also show that most hospitalized and dead have not been fully vaccinated.

Scientists expect COVID-19 to become endemic by the end of next year. Countries that achieve this will have a combination of high levels of vaccination and innate immunity among those who have recovered from the coronavirus.

However, COVID-19 will contribute significantly to the number of deaths, like other endemic diseases, such as malaria, for example. The virus is likely to continue to mutate, requiring annual...