8 dead, many injured at Astroworld Fest in Texas 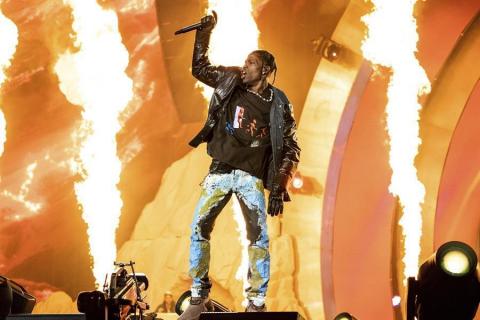 Officials in Texas say at least eight people are dead and several others have been injured in a crowd surge at the Astroworld Festival on Nov. 5.

Houston Fire Chief Samuel Pena told reporters the compression of the crowd toward the stage occurred while Travis Scott was performing.

The surge happened around 9 p.m. Friday night. The show was called off shortly after several people began suffering injuries.
"The crowd began to compress towards the front of the stage, and that caused some panic, and it started causing some injuries," the fire chief said. "People began to fall out, become unconscious, and it created additional panic."

The show was called off shortly thereafter. The fire chief said "scores of individuals" were injured.
Officials transported 17 people to hospitals, including 11 who were in cardiac arrest, Pena said. Many people were also treated at the scene at NRG Park, where a field hospital had been set up. About 300 people were examined at that site throughout the day, he said.

Astroworld is a two-day music festival that was scheduled to take place Friday and Saturday in Houston. The event was sold out, according to the Astroworld website. Saturday's performances have been canceled.
Drake joined Travis Scott on-stage at the concert _ which was live-streamed by Apple Music _ and posted photos to Instagram after the performance.

Event promoters had arranged for medical units to be on scene at the festival, however once the crowd surge began, those units were "quickly overwhelmed," Pena said.

In a video posted to social media, Scott could be seen stopping the concert at one point and asking for aid for someone in the audience: "Security, somebody help real quick."
Houston Police Executive...