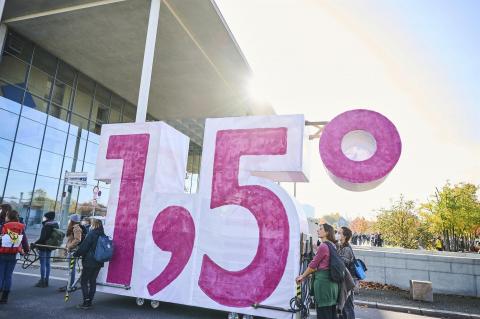 Countries that fail to meet the climate commitments will receive warnings at the UN's next climate summit slated for 2023, the head of the International Energy Agency (IEA) said on Nov. 7.

Speaking to Anadolu Agency in an interview on the sidelines of the COP26 conference, Fatih Birol said the COP26 Presidency appointed the IEA to monitor and report on countries' progress.

Though the Paris Climate Agreement, signed in 2015 at the COP21 summit and aims to limit global warming to 1.5 degrees Celsius above pre-industrial levels, is legally binding, there are no sanctions or penalties on countries that do not fulfill their climate commitments.

Birol underlined that the 2023 summit, set to take place in the UAE, will take stock of countries' performance. "We will track countries' actions and announce if they turn commitments into practice until 2023. We will announce which countries adapt or fall behind their pledges," Birol noted.

"There will be a kind of sanction in terms of warning," he added.

A growing number of countries are committing to reach net zero emissions by 2050 and 2060, with India pledging to reach this level by 2070.

China and the U.S. did not join the pledges to stop quit coal.

Birol also underlined the importance of climate finance commitments, which he sees as the greatest challenge in the fight against climate change.

In 2009, developed countries committed to a goal of...