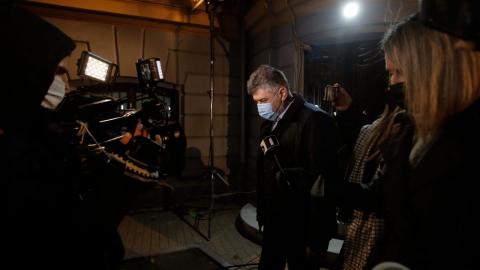 Romanian political parties spent about 111.7 million lei [about 22.56 million euros] from January to September this year on "mass media and propaganda", according to official data provided by the Romanian Permanent Electoral Authority, AEP.

The two most significant parties in Romania, the Social Democratic Party, PSD, and the National Liberal Liberal Party, PNL, used more than half of the money they get from the state for "press and propaganda."

The PNL followed the PSD, spending 58.29 per cent of the 7.7 million euros it received from the state budget, nearly 4.5 million euros, on media.

The Save Romanian Union Party, USR, spent about 300,000 euros, and the Freedom Unity and Solidarity Party, PLUS, spent almost 90,000 euros.

Romanian parties receive state subsidies based on their results in parliamentary and local elections, under the proportion of 75 per cent and 25 per cent. They received total subsidies of 252 million lei [about 51.2 million euros] in 2020.

At the beginning of September, the government led by Florin Citu allocated almost 90 million lei more in an additional subsidy for parties next year. However, he stated before that he wanted to reduce the annual allowances for political parties.

Cristi Pantazi, a media expert and co-owner of the independent G4Media.ro news portal, one of the leading online publications in Romania, told BIRN that all the parties spend a lot of money on media and PR.