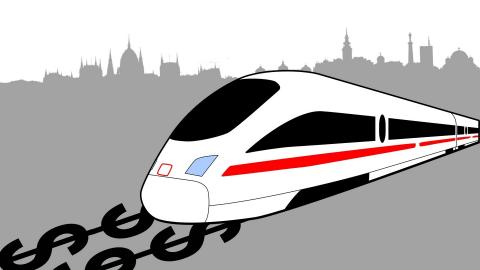 A BIRN investigation has identified serious delays on all three sections of the line, as well as mistakes that have cost Serbia almost $35 million in penalties; it also turned up documents showing that almost $720,000 of an $800 million Russian loan for the railway line was spent on the lease of six cars from a Russian contractor.

Plans to modernise the 350-kilometre track between the capitals of Hungary and Serbia date to 2013, when the two countries and China signed a memorandum of understanding.

Chinese loans cover 85 per cent of the cost - two billion euros and counting - while Serbia also received a credit line from Russia to help with its stretch of the track.

But instead of finishing the upgrade in mid-2018, as Vucic promised, it was only that year that work officially commenced on the first section between Belgrade and Stara Pazova.

For a second section, between Stara Pazova and the northern Serbian city of Novi Sad, a construction permit was issued on January 31, 2019, more than a year later than first envisaged.

Work is yet to start on the third section from Novi Sad to the border with Hungary and, according to BIRN's findings, the procedure for issuing a construction permit is still ongoing.

Signing of the contract between "Serbian Railway Infrastructure" and "RZD International" for new railway projects, worth 230 million euros. Photo: Ministry of Construction, Transport and Infrastructure

Besides the delays, Serbia has also paid a heavy price for a number of design mistakes and a failure to draw on the Russian loan on time.

According to BIRN's findings, Serbia paid compensation of some $30 million to its Russian partner due to...