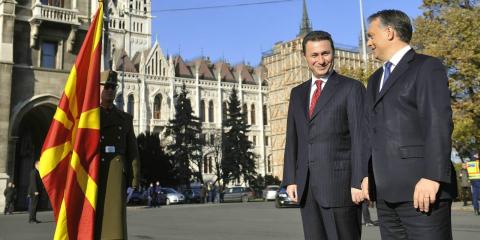 All of this while back in Gruevski's home country, things are in flux as well. Gruevski's conservative VMRO DPMNE party, which under his rule was widely accused of "capturing the state institutions" including the judiciary, is now in a serious position to take on the pro-European Social Democratic leader Zoran Zaev, who toppled Gruevski back in 2017.

With this prospect in mind, and with the largely unreformed and unapologetic VMRO DPMNE now run by Gruevski's former party secretary general, there are few guarantees that the country won't stray from the path of prosecuting the wrongdoings of the past.

"In a democratic country based on the rule of law, no government or prime minister has the right to strip someone of their refugee status," Andras Lederer, senior advocacy officer of the Hungarian Helsinki Committee, a human rights watchdog, told BIRN.

Even so, there remain legal avenues to do so.

As standard procedure, Hungary's migration authority - which now bears the somewhat threatening name of the National Directorate-General for Aliens Policing in Hungary - periodically carries out a regular review of a person's refugee status every three years.

"It is practically like a new asylum procedure, where the applicant has to prove that the conditions which justified the asylum still prevail. Based on the evidence, the authority can decide to revoke or prolong their status," Lederer explained.

Gruevski, whose VMRO DPMNE ran the country from 2006 to 2016, fled to Hungary almost exactly three years ago, in November 2018, to avoid serving a two-year jail...