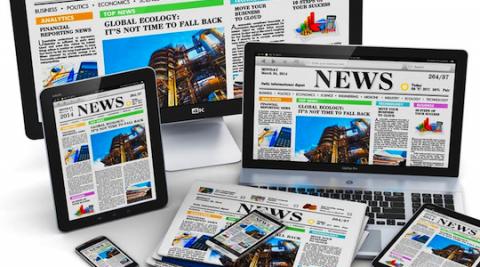 Ljubljana – The Slovenian Association of Journalists (DNS) has come out in defence of fellow journalists with the news portal Necenzurirano.si who are facing increasing pressure from a tax advisor.

Rok Snežič has brought 39 defamation suits against three journalists of the outlet over their articles about his business dealings and his role in a loan taken out by the Prime Minister Janez Janša’s Democratic Party (SDS) in Bosnia-Herzegovina in 2017.

The DNS notes that this was the first example in Slovenia of a form of pressure known abroad as Strategic Lawsuit Against Public Participation (SLAPP), actions designed to silence criticism and dissent.

However, Snežič, who Necenzurirano claims has close ties with Janša, has now stepped up his pressure, reporting the journalists to the National Bureau of Investigation and the Financial Administration.

“He alleges they conduct their business unlawfully, are supposedly funded with money of suspicious origin, get paid in cash and other irregularities which the journalists say are false accusations and fabrications with no basis in facts,” the DNS said.

The association does not wish to deny those who are hurt by journalists’ articles their legitimate right to defend their good name, but it believes the latest “is only a new, graver form of pressure”.

The association believes that Snežič has ties to the police as well as to the Financial Administration in what they see as “potential abuse of repressive institutions with the intention to silence journalists”.

“Such manoeuvres are frequent in European countries with authoritarian governments and seek to silence critical journalists by criminalising their work and personalities. The goal of such pressure is to suppress all critical media and other critical voices in society.”

The association will notify its international partners and relevant institutions of the matter, arguing that such continued stepping up of pressure on journalists jeopardises media freedom.

The case of the Necenzurirano journalists was also mentioned in the latest annual report by the Council of Europe Platform for the Protection of Journalism and Safety of Journalists, issued in April.