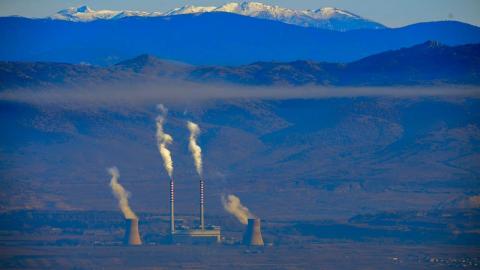 North Macedonia on Tuesday declared a "state of crisis" over energy for the next 30 days, empowering the state to intervene financially to help the two state-owned joint stock power companies, ESM and MEPSO, import more electricity from abroad.

"ESM is obliged to submit a package of measures and activities to deal with the energy crisis within 15 days, and the Ministry of Labour, in coordination with the Ministry of Economy, [will] prepare support measures for socially vulnerable categories, to use additional means of protection against energy poverty," the government statement said.

The decision does not mean serious power restrictions, for now, the government stated.

The initial plan was to mitigate the shortage of power by importing more and higher quality coal, and ramp up electricity production at the domestic coal power plants that contribute most to the electricity grid.

But this plan was derailed on Sunday after a fire broke out at the biggest coal power plant, REK Bitola, in one of its three power production blocs, stopping all activities for a day.

After some repairs, REK Bitola still has only one bloc operational, with the second expected to be up and running by the end of this week. The third will be out of use for at least a month, however, as it is being upgraded.

A global energy crisis not seen in decades, caused mostly by increased demand and an anticipated cold winter in Europe, has pushed gas prices to an all-time high, while the prices of coal and gas have also soared.

To mitigate the shortages and the high prices, Albania has already declared a "state of crisis" over energy and has begun preparing the population for likely power restrictions.

Moldova did the same before signing a renewed...