Turkey’s Pragmatic Policy in the Balkans has its Limits 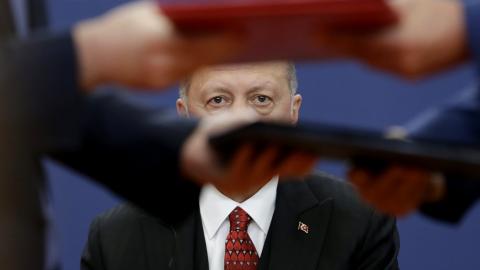 Then September brought a flurry of meetings: Turkish Foreign Minister Mevlut Cavusoglu travelled to Serbia to open a Turkish consulate in the city of Novi Pazar, part of the southwestern region of Sandzak, straddling both Serbia and Montenegro and mainly populated by Bosniak Muslims; Serbian President Aleksandar Vucic visited Erdogan in Istanbul; and Erdogan met Croatian President Zoran Milanović on the margins of the 76th session of the United Nations General Assembly.

Ankara's latest engagement with the region shows that Turkey's Balkan policy can adapt to change and is guided by pragmatism rather than by ideological concepts of Neo-Ottomanism, a school of thought that presumes that modern Turkey needs to restore its geopolitical influence across former Ottoman territories.

However, Turkey's initial silence during the current Bosnian crisis, despite Erdogan's ambition to be a mediator, shows that Ankara has its limits in the Balkans.

What does this latest wave of Turkish diplomatic engagement with the region tell us about the current state of Turkish foreign policy in the Balkans? The first is that Ankara does not sever ties even when it is displeased with nations in the region.

While Erdogan visited Bosnia and Montenegro, he bypassed Serbia, even though Serbo-Turkish cooperation embarked on an historical upswing in recent years and...