US Warns Berisha Not to Retake Albanian Democratic Party 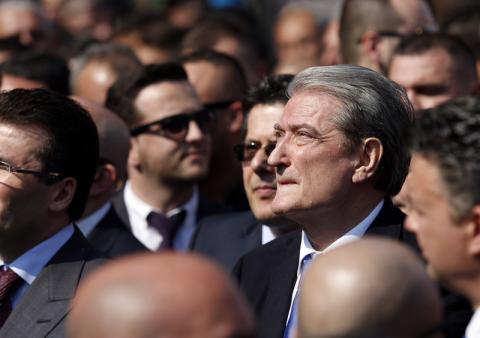 The announcement came after the US Ambassador in Albania Yuri Kim warned that Washington will not cooperate with the Democratic Party if Berisha returns to its helm.

Berisha was declared persona non grata in the US by the State Department in May, which cited his involvement in "significant corruption", "misappropriation of public funds" and interference in "public processes."

Berisha's move comes at a time of internal turmoil for the party, which experienced an unprecedented third defeat in a row in general elections held in April.

On Wednesday, he informed journalists he had collected "more than enough delegates' signatures" to call a party convention which he wants held on December 8, to symbolically mark the day in 1991 when the Democratic Party was established as the first new political party after more than 45 years of iron comunist rule.

"This convention will give Albania the most victorious opposition it ever had," he told media.

Berisha has been involved in several town hall meetings all over the country since he was suspended from DP caucus in September, under pressure from the United States.

US Ambassador Yuri Kim warned that the US, a key ally of the country, will not cooperate with a party led by him.

"We will not be engaging with anybody who is designated by the Secretary of State. That's a worldwide policy and it...