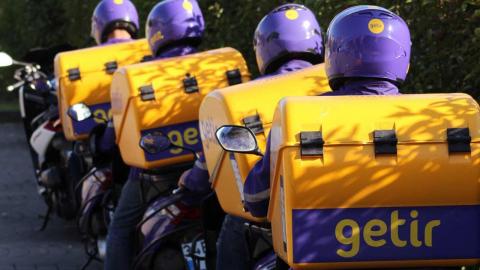 Istanbul-based Getir, the pioneer of ultra-fast grocery delivery business, announced on Nov. 12 that it entered the U.S. market with its services in Chicago.

It will add New York and Boston to its network by the end of the year, Getir founder Nazım Salur said.

"Since the first day, we aimed to become a global brand. Investors believed in our vision, and with investments over $1.1 billion, we have reached a market valuation of $7.7 billion," he said in a press conference.

Getir was founded in 2015 as the world's first ultrafast grocery delivery service in Istanbul and has grown rapidly in recent years.

It has made successful market entries in the United Kingdom in January, the Netherlands in May, Germany and France in June, Spain and Portugal in September and Italy in October. Currently, it operates in more than 30 of Turkey's 81 provinces, 12 British cities, four Dutch cities, two German cities and two Spanish cities.

"We have invented this model. Many market players emerged after us. Successful tech companies are usually cloned in other countries," Salur said.

They are not planning an initial public offer in the short-term, but they could consider making an IPO in the United States, he said.