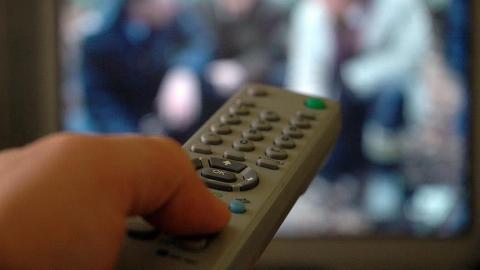 Turks spent four hours and 33 minutes on average watching TV last year, which is well above the world's average of two hours and 54 minutes, according to a recent study conducted by the Television Watching Research Company (TİAK).

The corresponding figure for Europe was three hours and 54 minutes.

According to the study, people watched TV mostly on Wednesdays during weekdays, while they spent more time in front of their TV sets on Sundays during weekends.

"People spent more time in front of the TV because of the COVID-19 pandemic. The number of hours people watched TV increased up to six hours in April when the virus-related restrictions were introduced," said Ümit Önal, the board chairman of TİAK.

In 2019, the number of hours spent watching TV was 19 minutes less compared to last year.

According to the study, in 77 percent of the countries in the world, people watched more TV than the previous year, with Romania topping the list with five hours and 44 minutes and Iceland at the bottom with one hour and 16 minutes.

Önal said the pandemic was the reason behind the increase in the time Turks spent in front of their televisions.
"Due to the coronavirus pandemic, the average time of watching TV has increased by 19 minutes to four hours and 33 minutes," Ünal said.

April 2020 was the month during which the time spent watching TV reached the peak with six hours a day, he added.