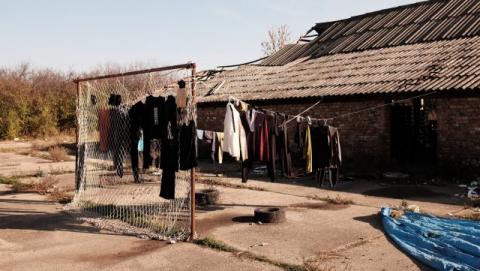 A11, an NGO dealing with violations of workers' rights, said that private security men arrived at the construction site for a factory for Chinese tyre manufacturer Shandong Linglong Tire in the city of Zrenjanin on Tuesday and began blocking access to Vietnamese workers who have been the focus of exploitation allegations this week.

"Access to the Vietnamese workers has been prevented, private security has appeared, black jeeps and a lot of unknown people who do not want to introduce themselves and are preventing access to and conversation with the workers," A11 said in a statement on Twitter.

Around 500 workers from Vietnam who were hired to work on the construction of the factory are living and working in conditions that could endanger their health and lives, A11 and a Serbian anti-trafficking NGO, ASTRA, have claimed.

The Vietnamese workers' labour rights are being seriously violated and there are indications that they could be the victims of trafficking for the purpose of labour exploitation, the NGOs have alleged.

ASTRA told BIRN that the NGOs have informed the authorities about their concerns but have received no response so far.

"We sent our report to numerous institutions, but we have no update on the outcome. The only thing we know is that the police went there [to the construction site] yesterday for an inspection," Tina Piskulidis from ASTRA told BIRN.

"For now we are collecting food and clothes for the workers because they lack all of that," she said.

The two NGOs have visited the construction site in Zrenjanin, a city in Serbia's northern province of Vojvodina, where the Vietnamese workers are building a factory for the Shandong Linglong Tire company from China, which has been subsidised by the Serbian...