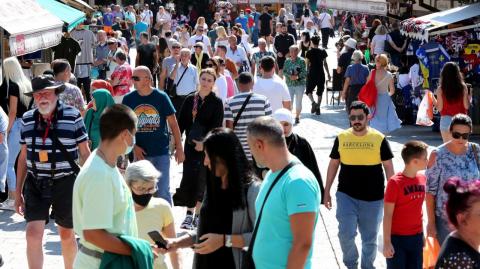 Nearly half of young people in Bosnia and Herzegovina, 47 per cent, are thinking of leaving the country, a survey issued by the United Nations Population Fund, UNFPA, published on Wednesday, says.

According to the survey, "respondents who tend to express greater migration aspirations are: 18 to 24 years old individuals; men; those with secondary education; unemployed respondents who are not looking for a job and persons who are currently employed part-time; those who are single or divorced; respondents who hold dual citizenship and respondents who have family and friends living abroad".

Alanna Armitage, UNFPA Regional Director for Eastern Europe and Central Asia, said in a press release that, "youth migration as such is a good thing: it opens up opportunities for studying and gaining professional experience abroad, learning new languages and getting acquainted with different cultures".

"But young people shouldn't feel they have to leave their own country because of lack of opportunities at home," Armitage added.

The survey was conducted on a representative sample of 5,001 young people, aged 18 to 29. Data were collected between January and March 2021.

According to the results, 23 per cent of young people in Bosnia would like to leave temporarily, and 24 per cent have thought about leaving permanently.

"No statistically significant difference in the proportion of responses was found between respondents living in the Federation of BiH [Bosnia and Herzegovina], the Republika Srpska and the Brcko District," it said.

The main drivers of emigration are "to...