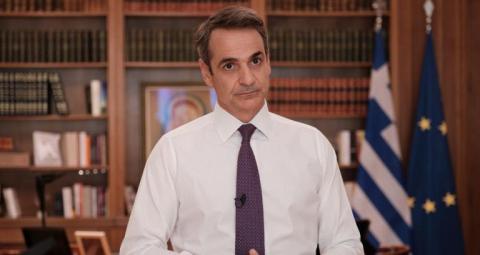 Prime Minister Kyriakos Mitsotakis is expected to deliver a nationally televised address to the nation tomorrow at a critical juncture in the development of the COVID-19 epidemic, with many hospitals near the breaking point and with a rapidly mounting death toll and number of intubated patients.

The prime minister plans to outline the latest epidemiological data, which show a skyrocketing number of new infections and a major hike in the number of intubated patients.

The PM is expected to issue yet another plea for unvaccinated citizens to get the jab, so that Greece can build a wall of immunity more swiftly.

The enormous surge in the number of infections over the last few days, that has placed crushing pressure on many hospitals nationwide, has alarmed both the government and experts.

Dire projections for run-up to Christmas

Experts' projections for the epidemiological situation until Christmas are ominous, and some see a worsening of already insufferable conditions in the immediate future.

The PM is not expected to announce new public health measures, but will instead stress the importance of abiding by all measures that are already in force for the protection of the population.

In that framework, he will call on all citizens who are already fully vaccinated to get a booster shot six months after their second jab.

As regards management of the pandemic, Mitsotakis said yesterday that the government has no intention of following Austria's example of imposing a total lockdown solely on unvaccinated citizens.