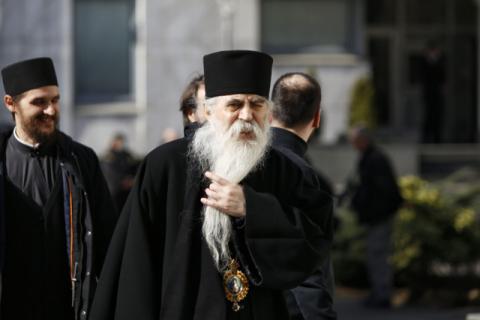 Old Serbia stretches from Kaimakcalan in North Macedonia to the present-day lands of Slovenia, where Serbs live. This was said by the Serbian Bishop of Bačka, Irinej Bulovic, during the service at the Cathedral in Novi Sad, in Vojvodina, in the northern part of Serbia. Kaymakchalan is the highest peak on Mount Nidze and is located on the border between today's North Macedonia and Greece, according to a BGNES reporter.

The Bishop of Bačka, Irinej Bulović, also addressed all Serbian monks from the dioceses in Krajina (Croatia), Slovenia and even those to Kaimakčalan. The Serbian bishop is among the most outspoken supporters of the Russian Orthodox Church and openly opposes the Ecumenical Patriarchate. In 2018, he also participated in the organization of the "Alternative Celebration of the 1000th Anniversary of the Founding of the Bulgarian Ohrid Archbishopric", together with the Serbian Patriarchate. This decision of the Serbian bishops was taken at the Council of Bishops of the Serbian Orthodox Church.