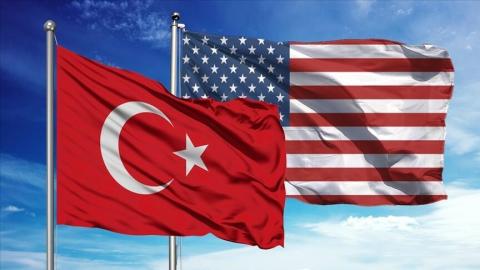 At the meeting, which the ministry said was conducted in a positive and constructive atmosphere, the delegations exchanged views on bilateral and regional defense and security issues, it added in a statement.

The sides, which were from the Turkish ministry and the U.S. Department of Defense, agreed to hold their next meeting in the Turkish capital Ankara, said the statement.

Turkey and the United States initiated separate talks for the former's request over the acquisition of 40 F-16 fighter jets and the reimbursement of payment for F-35 jets, which the U.S. didn't deliver, Turkish Defense Minister Hulusi Akar said on Nov. 16, informing that a Turkish delegation was dispatched to Washington for discussion on F-16 jets.

Turkey says it paid $1.4 billion for F-35 fighter jets and asks the U.S. to reimburse the money after it was formally excluded from the program on Sept. 23, 2021.

Ankara requested Washington for the acquisition of 40 F-16s and 80 modernization kits for its existing fleets in return for the money paid for F-35s.

Turkey made the official request on Sept. 30, the minister stated, adding, "We think that the U.S. will have a positive approach. But we follow the developments as the process should go through congressional approval. Should the U.S. attitude be negative, then Turkey will have to assess other options in order for its security in an environment full of threats."

Talks are expected to take months before they could be submitted to the U.S....