30 Years Since the Serbian Massacre in Vukovar 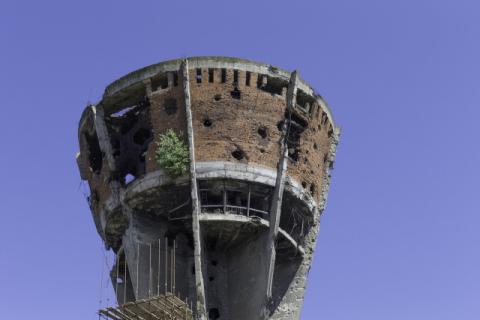 Today marks the 30th anniversary of the fall of the Croatian city of Vukovar into the hands of the former Yugoslav army. The city was captured after a three-month siege and virtually destroyed to the ground by round-the-clock bombing. The first war crimes in Europe after the end of the Second World War were committed here.

Vukovar is located in the eastern part of Croatia, not far from the Serbian border, BGNES recalls.

On November 18, 1991, Serbian paramilitaries joined the Yugoslav army, destroying the city. Since last year, the date has been marked as a "Day of Remembrance for the Victims of Croatia's Patriotic War".

For 87 days, from early August to November 18, 1991, Vukovar was under siege by Serbian dictator Slobodan Milosevic. According to the Vukovar hospital, 1,624 people died during the siege. More than 2,500 people were injured. More than 5,000 city residents were taken prisoner to camps in Serbia, and about 22,000 Croats were expelled from the city. Today, 30 years later, the fate of 300 people is unknown - they are listed as missing.

During the siege, about 7,000 grenades fell over the city every day. 90 percent of the buildings and structures have collapsed to the ground. When the city was captured, the Yugoslav army first entered the hospital and took all the wounded, including civilians, who were later killed in the nearby village of Ovchara on the night of November 20-21, 1991. The bodies were later exhumed from the mass graves in Ovchara. The remains of about 70 people are still being searched.