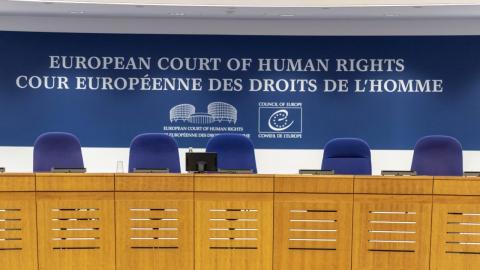 Rights advocates in Croatia have welcomed a European Court of Human Rights ruling on Thursday, that Croatia broke the European Convention on Human Rights in a case of a six-year-old Afghan child, Madina Hussiny, who was killed on November 21, 2017 when she was hit by a passing train close to the Serbian border.

The Croatian authorities allegedly denied her family a rightful opportunity to seek asylum and ordered them to return to Serbia via the railway track.

The court found in particular that the investigation into her death had been ineffective, that her detention had amounted to ill-treatment, and that decisions around the detention had not been dealt with diligently.

It also held that she and her family had suffered a collective expulsion from Croatia, and that the Croatian state had hindered the effective exercise of their right of individual application for asylum, restricting their access to a lawyer among other things.

The court noted that the investigating authorities failed to look into discrepancies in police statements and never verified their claim that the events in question were not recorded.

Both sides have three months to request that the Chamber judgment be referred to the court's Grand Chamber for a final ruling.

"This is a satisfying verdict after a huge, serious violations of Hussiny family's human rights. I hope Croatia will evaluate its conduct and act in accordance with the clear verdict of the European Court, since there is no statute of limitations for the prosecution of those who are responsible," Sanja Bezbradica, the lawyer for the family, told regional N1 news outlet.

The NGO "Are You Syrious?" and Centre for Peace Studies issued similar reactions on Facebook.  "With this verdict little...