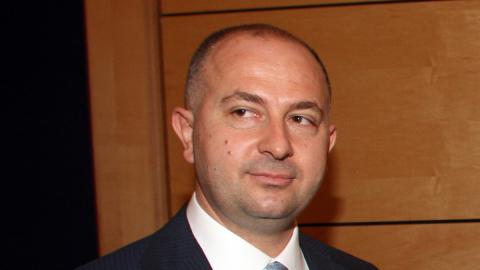 A once powerful Albanian oil company boss, Rezart Taci, listed as wanted by prosecutors in Albania, has told the media he is ready to face his accusers in his home country.

From his residence in Milan, Italy, he told Tirana-based TV Top Channel about his business activities from the early 2000s to 2013, when his business started a dramatic decline, adding that he was ready to face the courts, if need be.

"I will face Albanian justice but in Albania there is a lobby to attack entrepreneurs, I must say that," he said.

"But I will come back to face [the courts] … because I miss Albania a lot, because I want to face the hand that creates these situations. For the moment I have … no problems in Italy. I haven't committed any crime; I've lived in Italy for years," Taci added.

He has denied the charges and called them "a continuation of persecutions".

The Italian news agency ANSA reported that as part of the operation, a 90-year-old Italian entrepreneur, Francesco Zummo, previously investigated for helping the mafia, is under house arrest.

The Palermo prosecutor's office also arrested accountant Fabio Petruzzella, brother of a Palermo magistrate who lives and works in Milan.

Taci denied knowing either of them well. "The person named Fabio Petruzella is an economist who was introduced to me by a good friend of mine of 25 years, Daniele Cestadali, who asked me for help in opening a [bank] account. This is where my role begins and ends. I have no cooperation with an organised criminal...