We may lose municipalities if mayors run for presidency: CHP leader 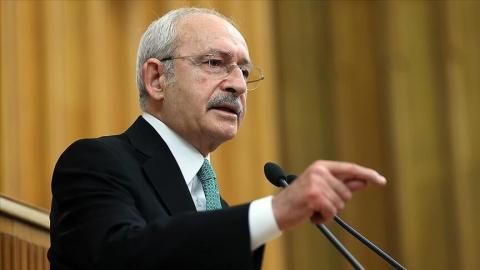 Main opposition Republican People's Party (CHP) leader Kemal Kılıçdaroğlu has blamed the executive-presidential system as the main political problem of Turkey amid a discussion over whether the 50 percent plus one vote election rule should be amended.

"It's a discussion among themselves [the People Alliance]. The problem is not about 50+1, it is about the entire system. Nothing will change even if you make it 20+1 or 75+1. The system is rotting and causing the deterioration of the state," Kılıçdaroğlu said in a televised interview late Nov. 18.

A discussion about whether the current election rule of 50 percent plus one vote should be amended was launched last week after a veteran Justice and Development Party (AKP) member claimed that it can cause political chaos in the country. Nationalist Movement Party (MHP) chair Devlet Bahçeli criticized the idea and underlined this election rule as the axis of the executive-presidential system. The AKP and the MHP are partners in the People Alliance.

Kılıçdaroğlu argued the system nixes the functions of many state institutions, including justice, and is causing corruption within the state.

The People Alliance is not in a position to amend it although many AKP lawmakers complain about the fact that the current system gives no room for them to do politics, Kılıçdaroğlu said.

The CHP leader stressed that he has been observing in his visits to different provinces that more people in the country realize the need for going to elections as soon as possible. "But I am concerned that this need cannot be sufficiently disseminated to the public opinion," he stated.

On a question about the opposition alliance's presidential candidate and whether the Ankara or Istanbul mayors, Mansur Yavaş...