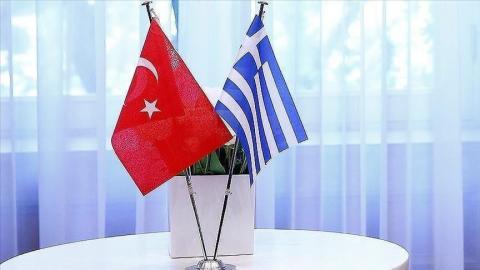 The Turkish Foreign Ministry said early on Nov. 21 that Greece was holding a provocative and adversarial attitude toward Turkey while talking about dialogue.

Spokesman Tanju Bilgiç said in a statement that Greece was not able to stomach the crucial role Turkey plays in its region and the immediate surroundings in the context of ensuring peace and stability.

Bilgiç said Athens was attempting to get into a competition with Turkey in almost all matters and was opting for tension instead of cooperation.

He said Athens' call for dialogue contradicted its daily negative attitude toward Turkey and urged Greek officials to be sincere and honest.