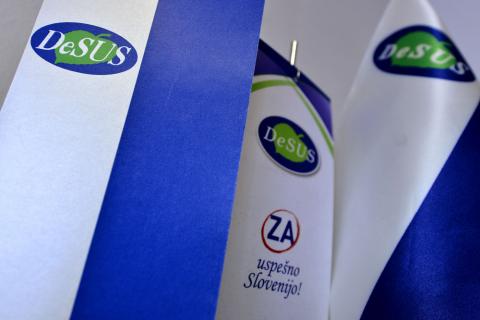 Ljubljana – The centre-left opposition insisted Marjan Dikaučič was not fit to serve as justice minister as debate on their ouster motion in parliament focussed on legal proceedings running against him. The coalition rallied in his support nonetheless, while the Pensioners’ Party (DeSUS), which will decide the vote, called on him to provide concrete answers.

The “dark past of the new minister is coming to light each day,” said DeSUS MP Ivan Hršak. Their biggest concern is that the minister is under court-led investigation for alleged tax evasion and document forgery in his previous job.

“That the justice minister should be in a court-led investigation is a precedent that we simply cannot understand,” Hršak said, expressing further concern about the allegations over his work as an official receiver and alleged links to shell companies.

The party expects the minister to provide concrete answers. They are strongly inclined to back the vote of no confidence in the minister but will hear Dikaučič out before they decide on how they should vote, said Hršak.

Brane Golubović of the Marjan Šarec List (LMŠ) summed up the sentiments of the sponsors of the motion, asserting that Dikaučič symbolised everything that was wrong with the incumbent government: indecency, lack of expertise, pride, autocracy, kleptocracy, and the belief the state was their property and their loot.

He understands today’s vote as a vote to dismiss the government, a vote where it is only possible to opt for or against. Abstaining would mean shutting your eyes to government pressure on the judiciary, a euthanasia o democracy.

Similarly, Meira Hot of the Social Democrats (SD) wondered how, considering his past and allegations against him, Dikaučič could be trusted with drawing up legislation that would not serve private interests.

Listing charges against him, she mentioned delays in the appointment of state prosecutors, cuts in budget funds for the judiciary and his role in the delayed appointment of European delegated prosecutors, which was now only temporary, a concept that legal experts said was non-existent.

Several MPs, including Maša Kociper of the Alenka Bratušek Party (SAB) and the non-affiliated MP Janja Sluga, raised the “indecency” of the Justice Ministry being run by a man who was being prosecuted, wondering how people could be expected to respect the law if those in power did not.

Nataša Sukič of the Left expressed the hope that reason and ethic standards would prevail and that Dikaučič would today end his term, which he should not have been given at all.

The three coalition parties defended Dikaučič and his record in office, arguing he was being targeted not so much as a minister as a member of the government, accusing the centre-left coalition of being destructive.

Speaking for the senior coalition Democrats (SDS), Dejan Kaloh described the motion as unjustified, devoid of arguments, and as yet another attempt to undermine the government and abuse the institute of the interpellation as the motion is called.

“The opposition’s interpellation games have hit a new record,” Kaloh said, noting that the motion was tabled only a few months after Dikaučič assumed office, but expressing the confidence that the coalition would also win this “interpellation stage”.

Dikaučič was appointed justice minister in June, to replace the Lilijana Kozlovič, who stepped down over delays in the appointment of European delegated prosecutors.

The Modern Centre Party (SMC), which picked Dikaučič for minister, argued he was doing a responsible and lawful job, lauding him for doing everything in his power for Slovenia to get prosecutors delegated to the European Public Prosecutor’s Office as soon as possible.

Tadeja Šuštar Zalar, speaking for New Slovenia (NSi), said the minister was not politically responsible for accusations in the motion, while the suspicions raised against him personally should be justified and serious.

The opposition National Party (SNS) has not presented it position on the ouster motion.