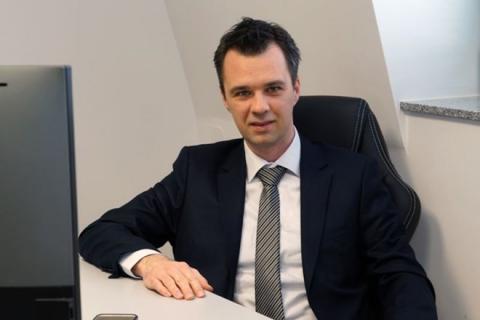 Ljubljana – Marjan Dikaučič remains justice minister after 42 MPs voted in favour on Monday of a motion of no confidence tabled by five opposition deputy groups, four short of the required majority. He was endorsed by 28 MPs as several deputy groups, including the junior coalition NSi, abstained.

The no-confidence motion focused on the minister’s responsibility for publishing an unlawful public call for applications for the appointment of two European delegated prosecutors, and of tolerating “inadmissible delays by the government, its selective approaches and political motives in the appointment”.

During the debate other allegations were made as well, including concerning cuts in budget funds for the judiciary, and the fact that he is under investigation for suspected tax evasion and document forgery committed in his previous job, something the Pensioners’ Party (DeSUS) said was “unthinkable”.

Brane Golubović of the Marjan Šarec List (LMŠ) summed up the sentiments of the sponsors of the motion by asserting that Dikaučič symbolised everything that was wrong with the incumbent government: indecency, lack of expertise, pride, autocracy, kleptocracy, and the belief the state was their property and their loot.

The minister dismissed all allegations saying his work was not the actual basis for the criticism, rather he was facing the motion only because he is a minister in the current government.

The initiators of the motion do not have any proof and “are claiming inaccuracies”, Dikaučič said, adding that he was doing the right thing as he complied with the Constitution and the law and followed his own conscience.

He highlighted the coalition’s support for him, saying that it was clear he was being criticised only because he was part of the government. “And that is contrary to the essence of the ouster motion as an instrument.”

The debate was held against the backdrop of the absence of two MPs of the Left, who fell ill with Covid-19. The party therefore wanted to postpone the vote by at least a few days but a meeting of deputy group leaders that lasted almost an hour resulted in a decision against that.

The National Assembly’s rules of procedure allow remote voting, but only if an epidemic is declared. Despite the caseload and intensive care hospitalisations being higher than at any point during the pandemic, the government has so far refrained from officially declaring an epidemic.

The two votes would not have changed much since three of the four DeSUS MPs, while criticising the minister’s conduct, abstained and only one voted in favour of the motion. The National Party (SNS) and both minority MPs abstained as well.

Dikaučič said after the vote that he was glad to have convinced MPs with arguments as he brushed aside the NSi abstentions.

As to the ongoing investigation against him, Dikaučič said Slovenia’s justice system adhered by the principle of presumed innocence, while the investigation will show “what is true and what is not”.

Noting that the investigation had been ongoing for four years, he hopes that the matter will be finished in the shortest possible time.

He said he now wanted to focus on the completion of the procedure for the appointment of European delegated prosecutors and the closing weeks of the EU presidency.