Lockdown for Unvaccinated in Greece. Tendency to Stabilize Number of New Infections is Observed 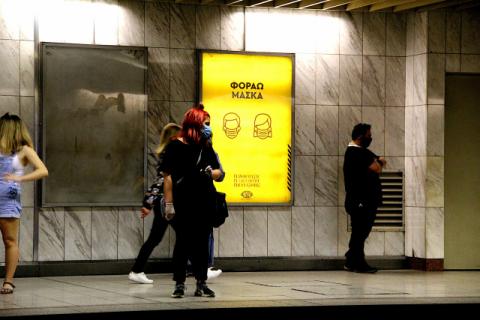 As of today, new measures come into force in Greece, compliance with which depends on whether others will be introduced before Christmas, Greek media reported.

The result of the new measures in the next 14 days will determine the next actions of the government, although at the moment the plans do not include a total lockdown, writes on the topic "Proto theme". The office of Prime Minister Kyriakos Mitsotakis notes that today's measures are not punitive in nature, but are aimed at supporting the health system.

During the previous tightening of the measures at the beginning of the month, there was an increased interest in vaccination, Proto Tema points out.

A lockdown is being introduced for the unvaccinated, Ta Ne newspaper commented. As of this morning, unvaccinated people do not have access to restaurants, theaters, museums, cinemas and gyms, even with a negative test, as has been the case so far.

The measures will also affect children between the ages of 4 and 17, who will be able to visit a number of closed rooms in the presence of an adult and present a negative home test taken in the last 24 hours.

Access to pharmacies and public transport remains free. In the grocery stores a pass regime will be provided in accordance with the square footage of the retail outlets. A floating start of the working day in the private and public sectors is also introduced in order to avoid congestion in public transport.

There is also a change in the attendance at church temples, where a...