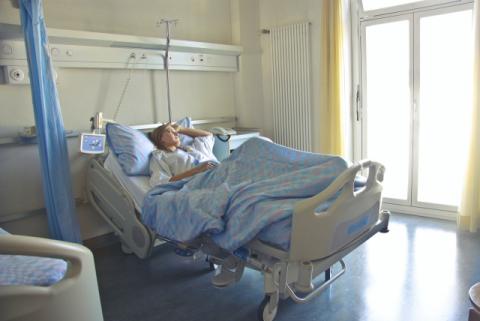 The 7 survivors of the burned bus were accommodated in "Pirogov" with varying degrees of burns, one with a fracture. Earlier, the Prime Minister of RNM Zoran Zaev and the Ministers of Health and Foreign Affairs of our western neighbor were in the hospital.

Their condition remains stable, and one of them is in traumatology. Two others are in the burn unit, one in intensive care. Their life is not in danger.

The last people to see and talk to them were RNM Chief Prosecutor and Ivan Geshev's spokeswoman Siika Mileva. According to Mileva, they are in a very bad mental state and are still in shock from the incident.

"The injuries are not severe, they are in stable condition. There is no danger to their lives, all the consultations and tests that are needed have been done and the wounds are to be treated, some burns are covered, which are relatively minor, some surgical interventions may be necessary. In short, everything that is necessary for the citizens of the Republic of North Macedonia has been done, as is done for every citizen of Bulgaria," said the director of "Pirogov" Prof. Ivan Poromanski.

The youngest patient, accommodated in "Pirogov", is 16 years old, the oldest - 50. In front of the hospital there are relatives of the victims, who continue to try to find out more information about their loved ones.