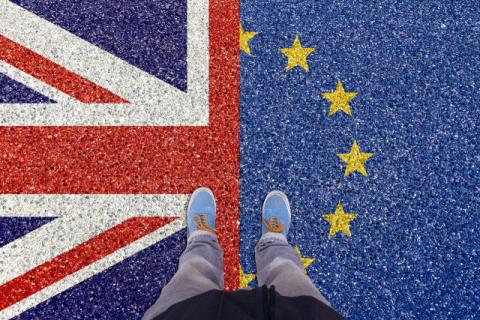 Under the headline "All my friends went home," the British newspaper Guardian published an article about the post-Brexit life of a Bulgarian woman in Britain who picks strawberries on a farm that no longer has EU workers.

The job of a woman named Eleanor Popa, who according to the British edition is from Bulgaria, has become even more difficult as her European colleagues leave the United Kingdom, but British workers do not take their place. The author tries to find an answer to the question:

And tells the story of the Bulgarian woman.

Eleanor Popa sleeps in a six-bed caravan at Sharington Strawberries, a 16-acre strawberry farm in Melton Constable, Norfolk. There are now only four people in her caravan because everyone else has gone to work in other EU countries.

"My friends," she says, "went home or went to work in Spain and Germany. Many of them did not return to work this year."

The woman has been picking strawberries here for two years.

It is explained that the Bulgarian woman, who should work eight hours a day, now, due to the shortage of labor on the farm, often works nearly ten hours a day. The woman has two...