Overview of the “Struma” Tragedy: Chronology, Versions and Sorrows of Two Nations 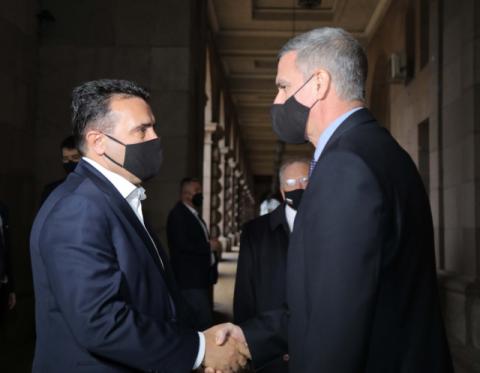 Tragedy shook Bulgaria and North Macedonia. Forty-five people were burned in a bus crash on the Struma highway on Tuesday night. There were 11 children among the victims, and the total number of dead has not been specified yet, because it is not completely clear how many people were on the bus at the time of the accident.

There are seven survivors of the fiery hell, among them a 16-year-old girl.

7 People from the Accident on "Struma" Highway Admitted to "Pirogov", No Danger to their Lives

All passengers on the bus are citizens of the Republic of North Macedonia. Hours after the catastrophe, the Macedonian Prime Minister, the Ministers of Foreign Affairs and the Ministry of Health arrived in Bulgaria as a matter of urgency. Later came the chief prosecutor of our western neighbor.

Zaev: Terrible tragedy, Most of Victims are Young People who were Probably Returning from a Trip

How did the tragedy come about and what were the first reactions of the authorities in Bulgaria?

The tragedy took place shortly before 2.00 am. The bus of the Macedonian company "Besa Trans" was driving along the Struma highway in the direction of Dupnitsa. Citizens of North Macedonia were returning from a trip to Turkey. They were driving on the highway in the area of ​​the village of Bosnek. The group consisted of four buses. For unknown reasons, the latter in the column hit the guardrail and exploded.

"As a result of a spark or fire, an accident occurs. The bus hit the guardrail and caught fire", explained the director of GDPBZN...