Tüpraş to invest $10 bln by 2050 for carbon neutrality 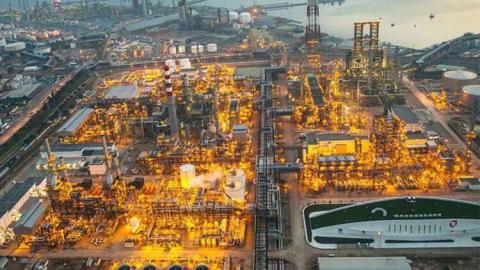 Turkey's energy giant Tüpraş plans to invest $5 billion by 2035 and $10 billion in total by 2050 as part of its Strategic Transition Plan, the company announced on Nov. 24.

Under the parent company Koç Holding's "Carbon Transition Program", which comprises feasible steps to combat the climate crisis and for the company to become carbon neutral by 2050, Tüpraş announced its "Strategic Transition Plan" in an attempt to decrease its carbon footprint.

Thanks to investments towards new energy resources and energy efficiency projects, Tüpraş projects a reduction of its carbon emissions by 27 percent in 2030 and 35 percent by 2035 compared to 2017 levels, before becoming carbon neutral in 2050.

As part of its Strategic Transition Plan, the company will mostly invest in new energy resources such as sustainable aviation fuels, green hydrogen and zero-carbon electricity.

"In the new period, we will focus on sustainable refining, biofuels, zero-carbon electricity and green hydrogen. Our strong side, refining, will be the main driver of our transition," Tüpraş General Manager İbrahim Yelmenoğlu said during the company's press conference on Wednesday.

Tüpraş will assign nearly $2.3 billion by 2035 for energy efficiency, modernization, decarbonization and value-added production projects, according to Yelmenoğlu, while refining is expected to constitute 90 percent of the company's operating margin by 2030 and 70 percent between 2030 and 2035.

"Most of the resources that we will gain from refining will be transferred to new areas and reducing our carbon footprint, while we aim to continue with our high dividend pay policy," he said.

With time, hydrogen will become our main commercial product, rather than just a side product in our...