Why are there so few Victims of COVID-19 in Africa 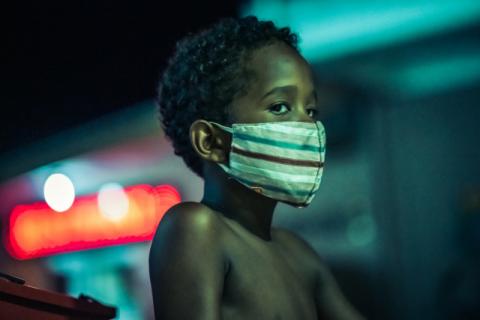 Only 7 percent of Africans are vaccinated, but the number of newly registered cases there is much lower than in Europe. What is the reason?

Far fewer new Covid-19 infections are currently reported in Africa than in Europe. But the danger still looms over the continent, with only 7 percent of the 1.3 billion population fully vaccinated.

Many cases are not registered at all

If statistics are to be believed, the trend in Africa is that the pandemic is much smaller. According to the Office for Epidemics of the African Union, 8.5 million cases have been reported so far, of which 220,000 have died.

However, there are probably many hidden cases. "We estimate that less than 15% of covid cases have been registered on the continent," Stefan Exo-Kreischer, director of the humanitarian organization ONE, told SG. According to him, there are seven times more people infected in Africa than the statistics show.

"Covid-19 is gone. When was the last time you heard someone had died from covid?" Niasha Ndou of Zimbabwe told the German newspaper The Welt, explaining that he was still carrying a mask in his pocket just to keep him from getting a fine. Concerts, large political rallies and private parties with more people have long been allowed in the country.

The World Health Organization (WHO) has also noted that the number of new infections in Africa has been declining since July. Despite doubts about statistics coming from some African countries, the worst that many feared was clearly prevented: the uncontrolled spread of the pandemic with millions of victims. Scientists still cannot give an unambiguous explanation for this happy development.