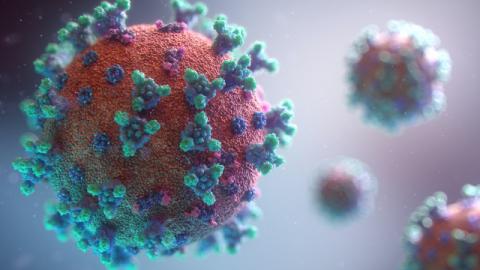 As of today, governments across Europe are rushing to step up their defenses against a possible new coronavirus outbreak after South Africa announced the discovery of a new strain of Covid-19 that scientists fear could thwart the pandemic effort.

In recent weeks, the continent has been gripped by a sharp rise in the number of patients, as well as violent riots, fighting booster programs and dramatic lockdowns to stop the tide as the number of deaths exceeds 1.5 million and it again becomes the global epicenter of the relentless pandemic.

Scientists are now vying to understand the impact of the new, highly mutated strain, which they fear is more contagious than Delta and which has brought the world to its knees again a year after the virus first appeared in central China.

"This is the most significant variant we have encountered so far, and urgent research is currently underway to learn more about its transmissibility, severity and susceptibility to vaccines," said Jenni Harris, head of the British Health Agency.

The revolt in Europe is growing

Ahead of a report by South African scientists on Thursday, European countries had already stepped up campaigns to boost immunity, imposed stricter restrictions and pointed the finger at the unvaccinated as cases multiplied to record levels.

Authorities in the Netherlands are preparing for new riots ahead of Prime Minister Mark Rutte's statement expected today to tighten the partial ban, as the country faces a critical shortage of hospital beds and infections are reaching record levels.

For four days in a row, there were riots against the lockdown in the country, led by people whom Rutte described as "idiots", the worst being in the...