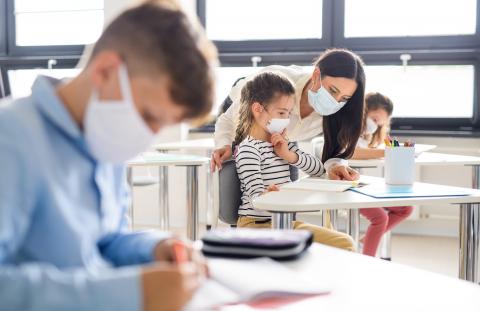 Ljubljana – The SVIZ trade union of teachers has collected over 24,000 signatures among employees in education against amendments to the organisation and financing of education act, which would change the composition of school and kindergarten councils to increase the influence of the founder – the government. Speaker Igor Zorčič has backed the initiative.

Zorčič received SVIZ representatives today, as they presented their petition and arguments against the proposed changes to the organisation and financing of education act. Coming out of the meeting, he said he accepted the arguments presented by SVIZ and agreed with them.

“In light of what we are seeing today in our country, … a staffing tsunami, these provisions cannot be understood in any other way than that politics is trying to influence staffing in education as well …” he said.

Slovenia has one of the best education systems in the EU and there is no need for the founder, municipality or the state, to appoint more of its representatives to the public institutions, Zorčič said.

He agreed that the views presented by SVIZ and the large number of signatures collected definitely called for a consideration and that MPs must be aware of this.

SVIZ opposes the amendments changing the composition of school and kindergarten councils by reducing the number of representatives belonging to the profession by two to increase the influence of the founder – the government. It sees this as a sign of distrust towards the profession and an attempt at politicising education.

Branimir Štrukelj, the secretary general of SVIZ, said such a change could put the quality of Slovenian education at risk, as ethics and know-how in candidates for head teachers would become less important.

“We believe that keeping politics away from education has been a key reason why we have so far had a quality education system,” Štrukelj said.