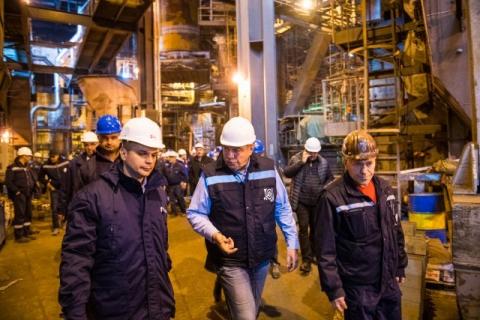 This block now has a capacity of 670 megawatts, which is 20 megawatts more than before the modernization, and its service life has been additionally extended and efficiency has increased, the Electric Power Industry of Serbia (EPS) announced.
The value of this investment is 90 million euros. The largest share of 70 million euros has the overhaul of the boiler plant, and as much as 70 percent of that work was done by Serbian metal and boiler companies. It was also the most complex part of this revitalization of B1, one of the two strongest thermal units in EPS.
"As promised during the visit of Aleksandar Vui, President of Serbia, the revitalization of Block B1 was completed on time and thus additionally ensured the energy security of the state. In this large project, 4.000 tons of new steel, 3.000 tons of construction materials were installed, and more than 55.000 welding pieces were done, flawlessly. We owe huge gratitude to the young engineers who were the backbone of this modernization and thus became a strong pillar of knowledge and expertise for future projects in EPS", said Milorad Gri, Senior Acting Director of "Electric Power Industry of Serbia".
As it is added in the statement issued by the company, in addition to increasing power, working life and energy efficiency, this revitalization will also improve the conditions for environmental protection.
"The installation of a nitrogen oxide reduction system will reduce nitrogen oxide emissions below 200 milligrams per cubic meter. Environmental projects are being worked on intensively in both TENT A and TENT B. The construction of a desulphurization plant in TENT A is progressing, and a project to build such a plant has begun within TENT B. The goal is for the largest electricity factory...