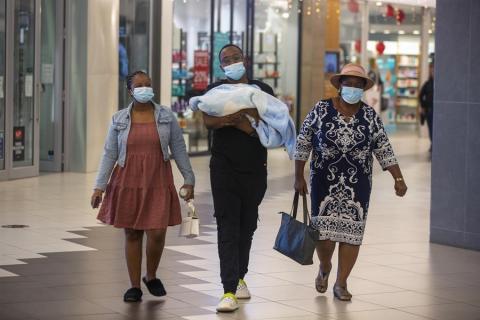 Nearly two years into the COVID-19 pandemic, the world is racing to contain a new coronavirus variant potentially more dangerous than the one that has fueled relentless waves of infection on nearly every continent.

A World Health Organization panel named the variant "omicron" and classified it as a highly transmissible virus of concern, the same category that includes the predominant delta variant, which is still a scourge driving higher cases of sickness and death in Europe and parts of the United States.

"It seems to spread rapidly," U.S. President Joe Biden said Friday of the new variant, only a day after celebrating the resumption of Thanksgiving gatherings for millions of American families and the sense that normal life was coming back at least for the vaccinated. In announcing new travel restrictions, he told reporters, "I've decided that we're going to be cautious."

Omicron's actual risks are not understood. But early evidence suggests it carries an increased risk of reinfection compared with other highly transmissible variants, the WHO said. That means people who contracted COVID-19 and recovered could be subject to catching it again. It could take weeks to know if current vaccines are less effective against it.

In response to the variant's discovery in southern Africa, the United States, Canada, Russia and a host of other countries joined the European Union in restricting travel for visitors from that region, where the variant brought on a fresh surge of infections.

The White House said the U.S. will restrict travel from South Africa and seven other countries in the region beginning Monday. Biden issued a declaration later Friday making the travel prohibition official, with exceptions for U.S. citizens and permanent...