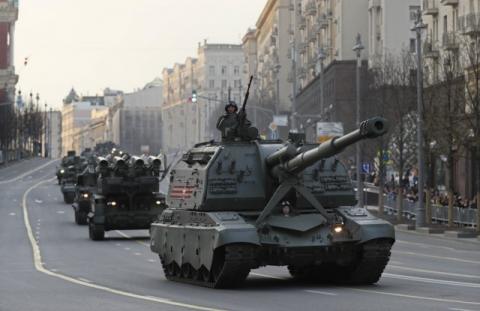 Secretary General of the Alliance, Jens Stoltenberg, announced in Brussels that NATO notices an unusual concentration of Russian forces near the border with Ukraine, including tanks, artillery and drones.
"For the second time this year, there is a large and unusual concentration of Russian forces in the region. They also include heavy weapons, such as tanks, artillery, armored units, drones, electronic warfare systems and military units. This is large number of army in combat readiness which presents an unprovoked accumulation of military power that increases tensions and risks", NATO Secretary General said.
He added that Russia should show transparency in order to reduce tensions.
"We call on Russia to reduce tensions and act transparently in the situation with Ukraine, and we also send a clear signal that any use of force against Ukraine will have consequences and a price for Russia," Stoltenberg warned ahead of a meeting of NATO foreign ministers in Riga on November 30th and December 1st. He added that the ministers would discuss the situation in the Black Sea region, "strengthening Russia's military activity" on the border with Ukraine, as well as the situation on the border with Belarus.
Kiev and Western countries have recently expressed concern over the alleged intensification of Russia's "aggressive actions" near Ukraine's borders. The Kremlin said that Russia is moving its troops on its territory at its discretion, and that it does not endanger anyone and that it shouldn't concern anybody.