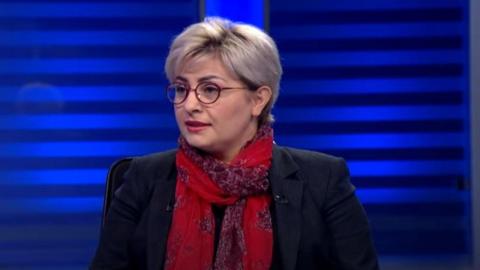 After coming to the country's agenda with forged documents showing her a professor, Zulal Atalay Laçin has been found using scientific papers of another Turkish academic, with whom she shares name resemblance, in her file, claiming that they are hers, daily Hürriyet has reported.

According to the report, she deceived everyone with the scientific articles by Turkish academic Zeynep Atalay, who is currently working in St. Mary's College of California, the United States, signing them as "Z. Atalay."

The unbelievable academic fraud dates back to September when Zulal Atalay Laçin started working as a professor at the International Relations Faculty of Aksaray University.

In a short time, the administration got suspicious of her as she did not give satisfactory answers to how she obtained academic titles and applied to the interuniversity board.

On Oct. 15, the board gave a reply to the university, saying that "they did not issue any associate professorship document in her name." The administration dismissed her and started an investigation.

Denying all the allegations, she defended herself, saying, "I gave lectures in the French university in Lebanon… I was a teacher at Duhok University in Iraq…"

Investigators found that all the academic documents she showed were fake, even the paper showing that she had 80 points in the English exam. Normally, her grade was 27 out of 100.

But the investigators were mostly shocked by the scientific articles she presented in her file, stating that they were hers. All the papers were signed as "Z. Atalay," the first letter of her name and her first surname.

"It is totally annoying to be a part of something I have nothing to do with," the real Zeynep Atalay told daily Hürriyet on Nov...