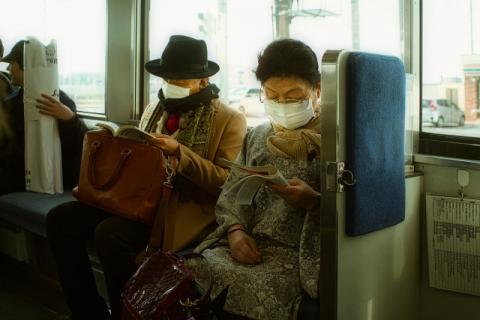 Faced with the new version of Omicron, Japan will close its borders to foreigners tomorrow, Prime Minister Fumio Kishida was quoted as saying by world news agencies.

"We will ban any admission of foreign nationals from around the world from November 30," Kishida told the media. The aim is to avoid the worst course of events, the prime minister stressed, adding that this is a temporary measure until the situation is clarified with the new version.

The new restrictions are introduced three weeks after Japan eased some restrictions by allowing foreign workers and students to enter the country, as well as those arriving on short business visits.

Japanese returning from certain countries will be allowed to enter the country, but will have to be quarantined at designated locations, the prime minister added.

Morocco suspends the admission of aircraft from abroad

Due to the rapid spread of Omicron, Morocco has stopped admitting planes arriving from abroad as of today, the Associated Press reported, citing a statement from the Foreign Ministry.

The ministry said on Twitter yesterday that the decision was made in order to "protect Morocco's achievements in the fight against the pandemic and protect the health of citizens", noting that the new variant is spreading in Asia and Europe.

In 2020, Morocco closed its borders for months, fearing that its healthcare system would not be able to cope with the influx of patients similar to that in neighboring European countries. The Kingdom in North Africa has one of the highest levels of infection in Africa, but is also among the most vaccinated countries on the continent - 66 percent of the population has received at least one dose.