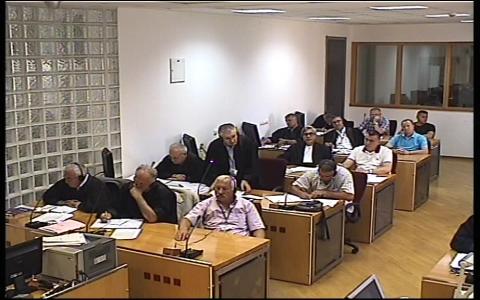 More than 7,000 Bosniak men and boys were killed by Bosnian Serb military and police forces in July 1995 after the Bosnian Serb Army seized the UN-protected 'safe zone' of Srebrenica in eastern Bosnia - a crime which has been classified by international court verdicts as genocide.

Vasic was acquitted of committing genocide and the other four defendants of assisting the commission of genocide.

Judge Kreho said the prosecution did not present a single piece of evidence linking Vasic with a joint criminal enterprise to commit the crime.

"Merely mentioning his contacts with high-ranking officials of the civilian, military and police authorities is not in itself a sufficient fact for this chamber," Kreho said.

She also said that no evidence had been presented to prove that Vasic was aware of the key perpetrators' intent to forcibly remove Bosniak civilians from Potocari near Srebrenica and to execute thousands of men.

Kreho said that the prosecution attempted to prove the defendant was aware of it because of his...