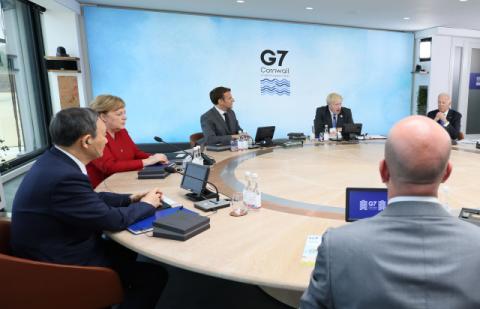 Britain has announced that it will convene an emergency meeting of G-7 health ministers tomorrow to discuss developments in the new coronavirus variant, Omicron, Reuters reported.

The British government announced new measures yesterday in an attempt to slow down the spread of the option. The rules for those arriving in the country have been tightened, and wearing masks is mandatory in retail outlets and public transport in England.

Some students will also have to wear masks in the common areas of the schools.

"We take the Omicron option very seriously and we know we are racing against time," Von der Layen said during a visit to Latvia.

She added that not everything is known yet, as scientists and manufacturers will need two to three weeks to get a full idea of ​​the strength of the option.

The general rule is: "Hope for the best, prepare for the worst," she said.

She said the EU was "safe" when it came to vaccines.