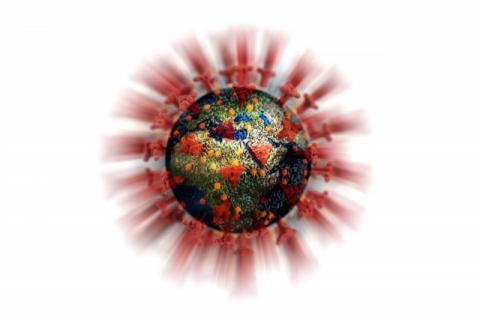 There is no data on the difference in the course of the new version of COVID-19 - Omicron. This was explained in the studio of "Hello, Bulgaria" by the epidemiologist and lecturer at the London School of Tropical Medicine Dr. Petar Markov.

"Everything we know so far is in the realm of the hypothetical. The new variant has a very high number of mutations, both in the field of rosehip protein and elsewhere, which are unusual. We know that it is growing quite rapidly as a share of the number of newly infected in all provinces of South Africa and is already found in many countries," he added.

Dr. Markov pointed out that mutations in the virus indicate faster replication of the virus. "There are indications that the new option has the power to re-infect and break through immunity - immune defenses," said the epidemiologist.

The teacher suggested that Omicron would probably be a little more contagious. "Maybe it will have some ability to re-infect. I do not expect such a big reduction in the protection against him", added Dr. Markov.

According to him, mRNA vaccines can be adapted faster. He stressed that so far there is no evidence that the virus is able to significantly overcome the defenses against the vaccine and those of natural immunity.

"It is not certain that a new vaccine will be needed. If necessary, it is more likely to be adapted to the new version. There will hardly be a need to increase the doses," he said.

Cases of Omicron have already been found in more than 12 countries around the world, many of them European. "It cannot be ruled out that he is in Bulgaria. However, there are two aspects - whether it is in Bulgaria and when we will know that it is there. Most of the places...