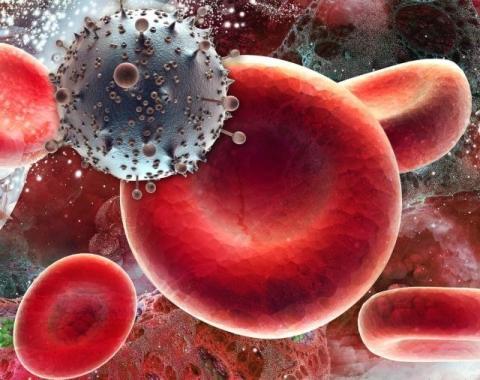 Also, in addition to patients who carry the HIV virus, omicron could also come from people suffering from other forms of immunodeficiency, said the immunologist of the German Society for Immunology, Carsten Watzl. He believes that such an assumption is probable, which he supported with similar research results discovered in other medical cases.
He explains that HIV is a human immunodeficiency virus, which causes the destruction of the immune system and leads to the appearance of various diseases. Immune system deficiency is the weakness and inability of the body's defense system to fight various diseases. Watzl adds that in people with a weakened immune system, the virus can replicate over several weeks.
"During this process, repeated isolated mutations can occur, which may not give the virus any advantage, but they could still continue to multiply because the immune system is unable to control them," he explained, adding that such a process could result in additional mutations and such a combination could give the virus an additional advantage.
Compared to the original strain of coronavirus, which first appeared in Wuhan, China, omicron has an unusually large number - about 30 amino acid changes in the protein part alone, which is why it has changed so much that existing antibodies are difficult to recognize and consequently difficult to detect.
It is known that some of the mutations are associated with higher transmission and immuno-evasiveness, which means avoiding the existing immunity that the person has acquired, but Watzl believes that it is still not clear what impact this particular combination of mutations will have.
Many HIV patients in Africa are not treated appropriately, which significantly weakens their immune systems. ...