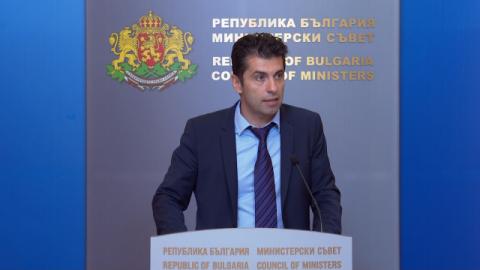 The term of the citizenship check of the former caretaker Minister of Economy Kiril Petkov has been extended until mid-December. It began in late August, after the prosecutor's office was notified by e-mail that he had both Bulgarian and Canadian citizenship.

The prosecutor's office announced that there was an investigation against Petkov almost a month after its formation and a day after the Constitutional Court announced that the co-chair of "We Continue the Change", who is also speculated as the future prime minister, had dual citizenship on May 10 - a date which corresponds with the date at which the presidential decree appointing him minister was signed. However, he has declared that he has only Bulgarian citizenship, which, according to lawyers, means that he has signed a document with incorrect content.

The prosecutor's office informed that all documents related to the case would be requested from the Constitutional Court. This has already happened.

Hristo Krastev, a spokesman for the special prosecutor's office, explained to Horizont Radio that the extension was the maximum possible and that it was necessary to wait for documents from the Anti-Corruption Commission, to which Petkov, as acting minister, had an obligation to file a declaration of incompatibility.

After that date, the supervising prosecutor will have another month to say - whether or not there is evidence of a crime committed by Petkov, said Krastev.