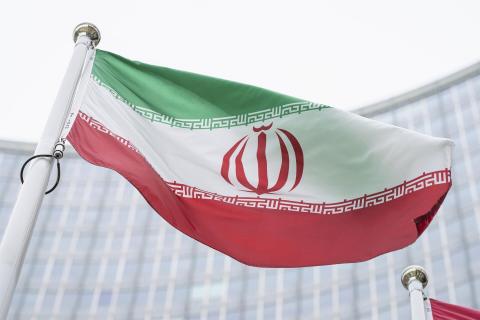 Five months after they were suspended, international talks on Iran's nuclear programme will restart on Monday in Vienna with analysts foreseeing major obstacles to any speedy resumption of the 2015 nuclear deal.

The talks paused in June on a positive note, with diplomats saying they were "close" to an agreement, but the arrival of ultraconservative Iranian President Ebrahim Raisi in office has changed the outlook.

Iran ignored appeals from Western countries to restart the talks for several months, all the while strengthening the capabilities of its nuclear programme.

While the talks are now finally restarting, the mood music is downbeat.

The U.S. Special Envoy for Iran Rob Malley has said that Tehran's attitude "doesn't augur well for the talks".

"If they start getting too close, too close for comfort, then of course we will not be prepared to sit idly," Malley told the U.S. National Public Radio earlier this week.
The 2015 deal, also known as the Joint Comprehensive Plan of Action (JCPOA), offered a lifting of some of the array of economic sanctions Iran had been under in return for strict curbs on its nuclear programme.

But the deal began falling apart in 2018 when then U.S. president Donald Trump pulled out and began reinstating sanctions on Iran.

The following year, Iran retaliated by starting to exceed the limits on its nuclear activity laid down in the deal.
In recent months, it has started enriching uranium to unprecedented levels and has also restricted the activities of inspectors from the International Atomic Energy Agency (IAEA), the UN watchdog charged with monitoring Iran's nuclear facilities.