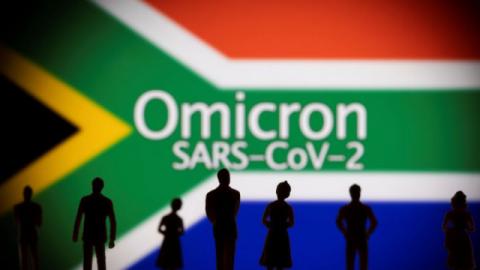 In an attempt to stop the spread of the new variant of the coronavirus, a number of countries around the world have restricted movement and flights to and from South Africa, and other anti-epidemic measures have been taken.

Despite the measures, Omicron has already spread to most continents from the Netherlands to Hong Kong and Australia, BNR reported.

In Europe, the new version is registered in Germany, the Czech Republic, Italy and the United Kingdom. In the Netherlands, 61 passengers tested positive for COVID after arriving from South Africa, 13 of them infected with the new, more contagious version of the coronavirus - Omicron, BTA reported.

Britain today announced new measures in an attempt to slow the spread of the Omicron variant of the coronavirus, world agencies reported.

Prime Minister Boris Johnson announced that those arriving in the country will have to take a PCR test.

"We will require anyone entering the UK to have a PCR test by the end of the second day after arrival and to isolate themselves until they get a negative result," Johnson told a news conference.

According to him, people who have been in contact with people who have tested positive and are probably infected with the Omicron variant will have to isolate themselves for 10 days. The government has also tightened rules for wearing protective masks.

Italy also said it had...