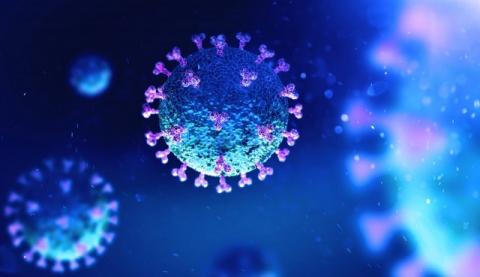 A virologist from the Austrian province of Tyrol, Dorothee von Lar, said that the presence of a new, omicron strain of coronavirus had been confirmed in Austria. Von Lar told ORF that the new strain, which some scientists say is the worst, was proven by sequencing and that, in addition to the first case, there is a suspicion of infection with the same strain in 30 people.
Authorities in the province of Tyrol reported a case of suspected omicron strain infection on Saturday night with an Austrian who had returned from a trip to Africa. A detailed control of passengers from South African countries is performed at Vienna Schwechat Airport.
In this regard, members of the army are monitoring the course of the trip, in order to prevent anyone from entering the country, bypassing the ban on entry from the countries of South Africa, which has been in force since Friday.
The ban on landing planes from the countries of South Africa is in force, as well as the entry of passengers from those countries into Austria. Only Austrian citizens can enter the country, but with a negative PCR test and a ten-day quarantine.
This morning, news also arrived from Switzerland, which registered the first case suspected of a new strain on Sunday night. It is about a person who returned to Switzerland from South Africa about a week ago, the Swiss Federal Office of Public Health announced on Twitter.
Testing will clarify the situation in the coming days, the office said in a statement, Reuters reports. Switzerland has ordered that passengers from 19 countries must show a negative test when entering a flight to that country, and that they must go into a 10-day quarantine upon arrival.
The list also includes Australia, Denmark, Britain, the Czech Republic, the...