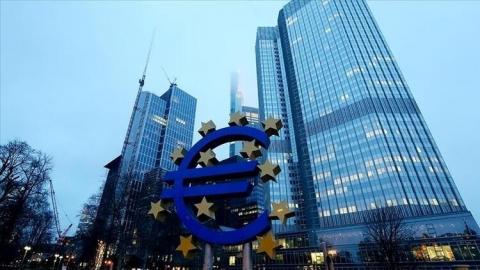 Consumer prices rose by 4.9 percent this month, up from 4.1 percent the previous month, the highest reading since the official statistics agency Eurostat began compiling the data more than 20 years ago.

The figure is more than double the ECB's target of two percent.

Inflation has soared worldwide as demand and economies have bounced back from coronavirus lockdowns, and the emergence of the Omicron variant has created new uncertainties.

Higher cost-of-living is being experienced across the eurozone, putting pressure on the ECB to scale back stimulus and consider raising interest rates earlier than planned.

But the Frankfurt-based institution has so far insisted that the acceleration in inflation in the 19-nation zone is transitory, and is wary of acting too soon and potentially stifling the pandemic recovery.

High demand after the easing of coronavirus restrictions has pushed up energy prices and led to shortages of key materials and labour around the world.

"If we tightened monetary policy now, that would not add a single container ship or truck driver," ECB chief Christine Lagarde said in an interview with Germany's Sueddeutsche newspaper published Monday.
The current supply chain woes and shortages will ease over time, she said, with the ECB estimating that inflation will start to fall back next year.

A member of the ECB's executive board, Isabel Schnabel, had predicted earlier in November that inflation would hit its highest level...