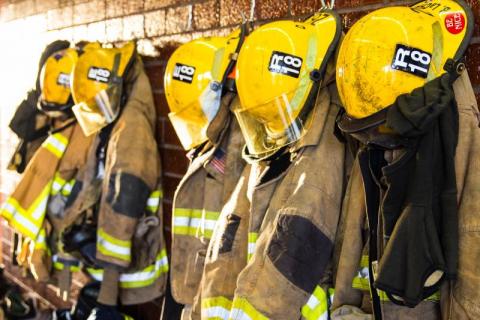 Ljubljana – A fire broke out in a large warehouse in the north-western Ljubljana borough of Šentvid during the night. The fire spread from pallets piled up next to the building inside the warehouse of several companies, including a tyre company, the Administration for Civil Protection and Disaster Relief said this morning.

According to police reports, nobody was in the building at the time of the fire.

The Ljubljana Fire Brigade and several volunteer firefighting brigades are at the site now, fighting the fire.

The Ljubljana Police Administration said police, which had been informed of the fire little after 4am, secured the area and were gathering information.

The fire is large, so smoke has spread to a wide area and locals are advised to stay indoors and keep their windows closed.

People are also urged not to obstruct emergency vehicles and not to go near the site.

Traffic has been obstructed in the Gorenjska motorway north-west of Ljubljana and in near-by streets. Railway transport towards the Gorenjska region has also been suspended.

An investigation into the cause of the fire is yet to be launched.

The post Large fire breaks out in warehouse in Šentvid appeared first on Slovenia Times.