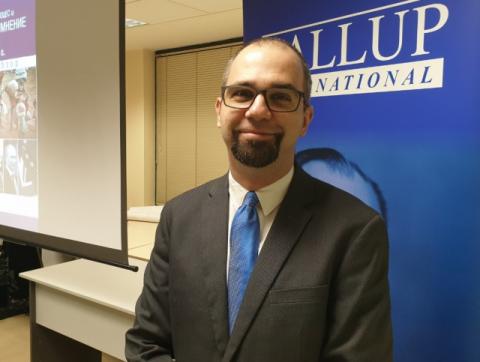 The oversaturation with information about COVID-19, even the correct one, has led to resistance and people stop listening, said Dr. Parvan Simeonov, director of Gallup International Balkan, which is part of the project team COVID-19 Crisis and the Future of liberal-democratic constitutional models. The results of the project were presented today at the National Press Club of BTA.

Simeonov said that according to the comments of the respondents in the research on the project, all the information about covid has become like "white noise". Moreover, this correct point of view is associated with a lot of conjecture, for example, the new version of the virus starts with conjecture, the political scientist commented. According to him, better communication would be more moderate and more frugal.

As another aspect, Simeonov pointed out the lack of a horizon, as well as the serious doses of edification in connection with the hesitation for vaccination. The political scientist said that he expected the share of Bulgarians who say they are not vaccinated and do not intend to be vaccinated to decrease after the requirement of a green certificate, but it turned out that this forecast is not true. As of November, according to Gallup International, 46 percent of Bulgarians say the same, which is almost the same share as before (45 percent).

We have a permanent public barricade that we need to overcome, the analyst explained. He clarified that a large part of the procrastinators have gone through the virus, the second group, which is not in a hurry with vaccination, is...