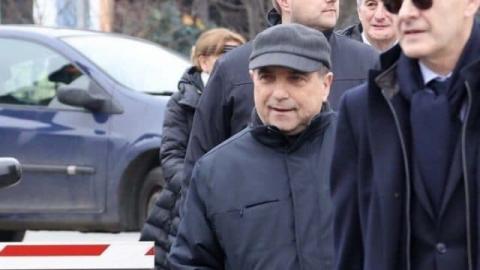 The retrial of Sakib Mahmuljin began on Tuesday at the appeals chamber of the Bosnian state court after the first-instance verdict sentencing the former commander of the Bosnian Army's Third Corps to ten years in prison was quashed.

According to the charges, members of the El Mujahideen unit, a detachment of Islamic fighters from Middle Eastern countries, killed at least 55 captured Bosnian Serb Army soldiers in the Vozuca and Zavidovici areas from July to September 1995 and cut some of their heads off.

The El Mujahideen unit operated as part of the Bosnian Army's Third Corps during the war, but Mahmuljin argued during his initial trial that he was not responsible for the crimes committed by the foreign fighters.

He was initially found guilty in January but the verdict was overturned in November.

Several witnesses will be heard again during the retrial, but no new evidence admitted.

Prosecutor Mladen Vukojicic argued that the testimonies of witnesses and experts who have already given evidence were indisputable.

"Sufficient evidence was provided that the accused could have known that members of the El-Mujahideen detachment committed criminal acts without taking any measures to prevent them," Vukojicic told the court.

The trial continues on December 7.